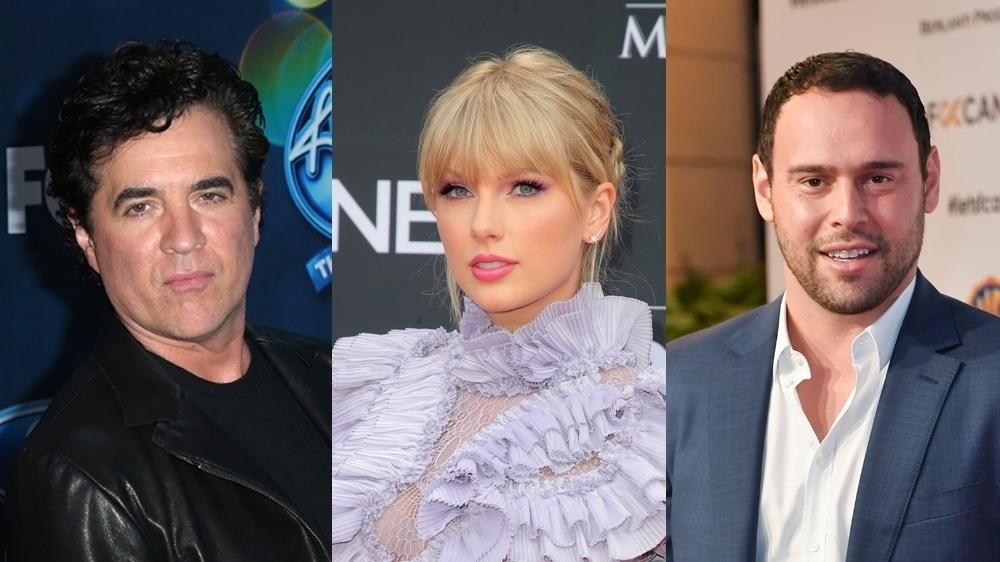 Over the weekend, Justin Bieber manager Scooter Braun acquired Scott Borchetta‘s Big Machine Label Group including all Taylor Swift masters. The acquisition was initiated through Ithaca Holdings LLC., a media holding company led by SB Projects founder Scooter Braun. According to sources close to the situation, reported that the acquisition deal is worth above $300 million.

Big Machine Label Group is an independent record label founded by Scott Borchetta. In a joint announcement, the companies claimed that the buyout “creates one of the most powerful label, management, streaming, publishing, and media companies by combining complimentary services, artists, executives, and expertise”.

Following the news of Big Machine Label Group ownership, Taylor Swift has publicly hit out at Borchetta and, in particular, Scooter Braun, who, she claims, has been responsible for “incessant, manipulative bullying” of her for years.

Read Swift’s statement in full below, which was posted on her Tumblr page (June 30) earlier today.

For years I asked, pleaded for a chance to own my work. Instead, I was given an opportunity to sign back up to Big Machine Records and ‘earn’ one album back at a time, one for every new one I turned in. I walked away because I knew once I signed that contract, Scott Borchetta would sell the label, thereby selling me and my future. I had to make the excruciating choice to leave behind my past. Music I wrote on my bedroom floor and videos I dreamed up and paid for from the money I earned playing in bars, then clubs, then arenas, then stadiums.

Some fun facts about today’s news: I learned about Scooter Braun’s purchase of my masters as it was announced to the world. All I could think about was the incessant, manipulative bullying I’ve received at his hands for years.

“When I left my masters in Scott’s hands, I made peace with the fact that eventually he would sell them. Never in my worst nightmares did I imagine the buyer would be Scooter.”

This is my worst case scenario. This is what happens when you sign a deal at fifteen to someone for whom the term ‘loyalty’ is clearly just a contractual concept. And when that man says ‘Music has value’, he means its value is beholden to men who had no part in creating it.

When I left my masters in Scott’s hands, I made peace with the fact that eventually, he would sell them. Never in my worst nightmares did I imagine the buyer would be Scooter. Any time Scott Borchetta has heard the words ‘Scooter Braun’ escape my lips, it was when I was either crying or trying not to. He knew what he was doing; they both did. Controlling a woman who didn’t want to be associated with them. In perpetuity. That means forever.

Thankfully, I am now signed to a label that believes I should own anything I create. Thankfully, I left my past in Scott’s hands and not my future. And hopefully, young artists or kids with musical dreams will read this and learn about how to better protect themselves in a negotiation. You deserve to own the art you make.

I will always be proud of my past work. But for a healthier option, Lover will be out August 23.

Sad and grossed out,

Following the exits of Taylor Swift from Big Machine Label Group last year November, for another lucrative direct deal with Universal Music Group and Republic Records, where ownership of her master rights to the new material, including her forthcoming album, Lover – likely following a short-term licensing agreement with Universal.

Taylor Swift described the sales of her masters to Scooter Braun as something beyond her “worst nightmares”. However, Scott Borchetta has responded to Taylor Swift with his own open letter. In it, he claims: “Taylor had every chance in the world to own not just her master recordings, but every video, photograph, everything associated with her career. She chose to leave.”

The letter, originally posted on the BMLG website, can be read in full below.

So, it’s time for some truth…

In regard to a post earlier today from Taylor, it’s time to set some things straight.

Out of courtesy, I personally texted Taylor at 9:06pm, Saturday, June 29th to inform her prior to the story breaking on the morning of Sunday, June 30th so she could hear it directly from me.

I guess it might somehow be possible that her dad Scott, 13 Management lawyer Jay Schaudies (who represented Scott Swift on the shareholder calls) or 13 Management executive and Big Machine LLC shareholder Frank Bell (who was on the shareholder calls) didn’t say anything to Taylor over the prior 5 days. I guess it’s possible that she might not have seen my text. But, I truly doubt that she “woke up to the news when everyone else did”.

I am attaching a few very important deal points in what was part of our official last offer to Taylor Swift to remain at Big Machine Records. Her 13 Management team and attorney Don Passman went over this document in great detail and reported the terms to her in great detail.

Taylor and I then talked through the deal together.

As you will read, 100% of all Taylor Swift assets were to be transferred to her immediately upon signing the new agreement. We were working together on a new type of deal for our new streaming world that was not necessarily tied to ‘albums’ but more of a length of time.

We are an independent record company. We do not have tens of thousands of artists and recordings. My offer to Taylor, for the size of our company, was extraordinary. But it was also all I could offer as I am responsible for dozens of artists’ careers and over 120 executives and their families.

Taylor and I remained on very good terms when she told me she wanted to speak with other record companies and see what was out there for her. I never got in her way and wished her well.

Taylor had every chance in the world to own not just her master recordings, but every video, photograph, everything associated to her career. She chose to leave.

As to her comments about ‘being in tears or close to it’ anytime my new partner Scooter Braun’s name was brought up, I certainly never experienced that. Was I aware of some prior issues between Taylor and Justin Bieber? Yes. But there were also times where Taylor knew that I was close to Scooter and that Scooter was a very good source of information for upcoming album releases, tours, etc, and I’d reach out to him for information on our behalf. Scooter was never anything but positive about Taylor. He called me directly about Manchester to see if Taylor would participate (she declined).

He called me directly to see if Taylor wanted to participate in the Parkland March (she declined). Scooter has always been and will continue to be a supporter and honest custodian for Taylor and her music.

This is the text Taylor sent to me on Monday, November 19th at 8:57am:

Scott,
I hope this finds you well. Since communication ran dry on our negotiations, I’ve done what I told you I would do and gone out exploring other options. Owning my masters was very important to me, but I’ve since realized that there are things that mean even more to me in the bigger picture. I had a choice whether to bet on my past or to bet on the future and I think knowing me, you can guess which one I chose. I also saw a rare opportunity to effect positive change for a lot of other artists with the leverage I have right now. I know you believe in the same things I do and I’d like to think you would be proud of what I’ve negotiated for in my deal. I wanted to tell you first that I’ll be signing with Lucian. I honestly truly cherish everything you and I have built together and I plan on saying so in my announcement of the new deal. What we accomplished together will be a lasting legacy and a case study on excellent partnerships, and may it continue. I still view you as a partner and friend and I hope you feel the same. Sending you a hug and my most sincere gratitude.
And SO much love,
Taylor

Hope all is well and congratulations on the success of your first two singles from “Lover”!

I can’t wait to hear the entire album…

I wanted to pass along to you the same courtesy that you passed along to me in regard to my future.

Tomorrow morning (Sunday, June 30th) at 10a central, the Wall Street Journal will announce that I am entering into a merger/acquisition with Scooter Braun and Ithaca Holdings. This move will give us more pop culture super-power than ever before and I’m so excited about the future.

Nothing but the best,