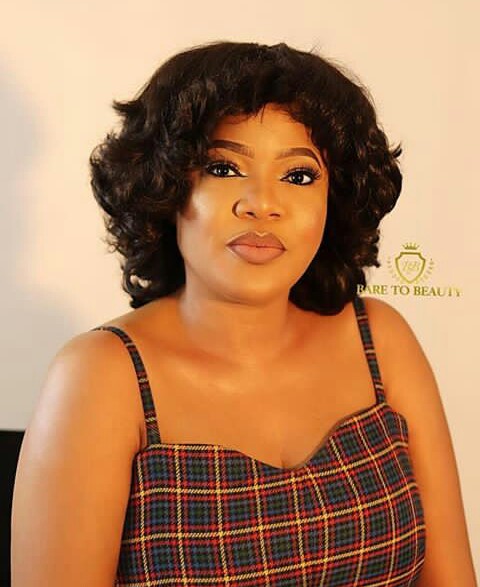 Earlier today, we posted a report about Nollywood star actress Toyin Abraham‘s ex-husband Adeniyi Johnson who made some strong accusations on his ex-wife, Toyin Abraham, for delaying & refusing their divorce court document by making it impossible for him to move on with his life.

In the earlier report we posted here, Adeniyi Johnson insinuated that Toyin is using some delaying tactics as regards their divorce court hearing. However, Toyin Abraham‘s representative Samuel Olatunji pen-down a response letter back to Adeniyi on the alleged delaying court hearing.

Toyin Abraham who couldn’t bear or rather fold her arms and watch her ex-husband disregard and accuse her wrongly, took to her official handle to address to the whole saga and tell her own side of the story.

Dear Niyi Johnson, I’m forced to respond to you here because you mentioned my name,so I will be returning the favour.

Some of these brands have warned me to avoid some people from the Yoruba industry because of the attendant, unnecessary drama and here you are proving them right and giving the noble Yoruba industry bad name. You have my number, you have the number of the lawyer, and I believe you have Toyin’s number as well.

This unnecessary call for attention and social media shenanigans are unnecessary. You see why people don’t dignify your ilk with phone calls, sms or courtesy, it always end on social media. People are doing great things in real life not Instagram drama.

Two, a simple call to your lawyer would tell you that what Lawyer Bosun called you for is the beginning of trial (court proceedings) not to come and sign divorce papers. Divorce doesn’t work like that.

Three, if you depserately want a divorce, you should have filed one not Toyin;
perhaps the over 1m naira cost deterred you. Toyin, chose to bear the cost, pay her lawyer the fee and has taken the case to a considerable point. She has shown more commitment to the divorce proceedings than you.

In more than three years of separation you just filed a ‘cross petition’ last month while she has been at it in the court for over a year. She has ‘allowed you go’ a long time and we all can see what that has done to her life and career. Please come down from your Instagram high horse, real court issues happen outside of social media. She changed lawyer and he has moved faster than we anticipated.

It was out of courtesy that I called you to ask for your address. I told you I’d call for if there is any new development. And a piece of advise from me, you need to stop using your past relationship to generate talkability, you have talents and new relationship, they should be enough. That is what you should focus on; stop focusing on what you don’t have, what you have should be enough. Selah! Today