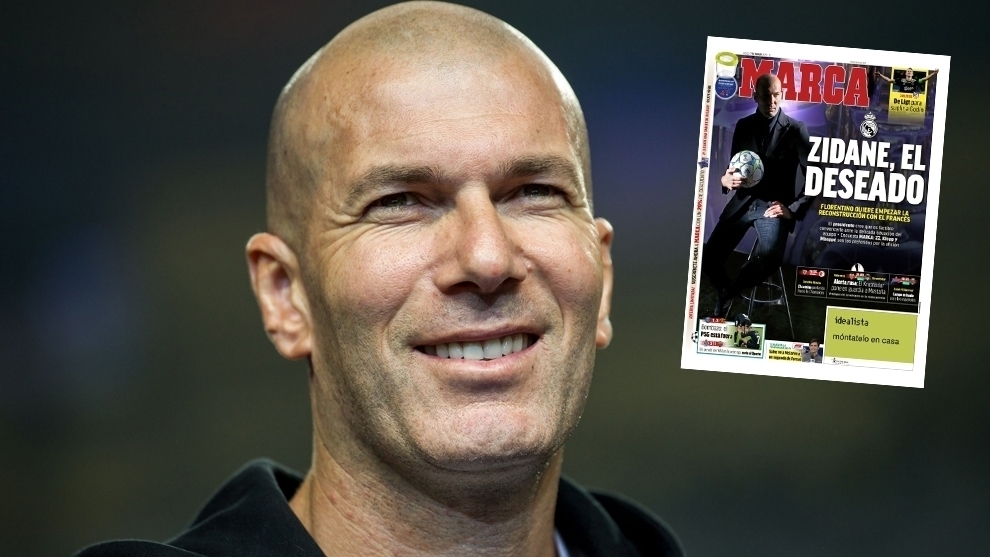 According to numerous reports including prestigious Spanish Marca, report that Zinedine Zidane is set to be named Real Madrid manager for a second time.

The Frenchman, who only quit the Spanish giant club about 10-Month ago, is currently the leading candidate across the Real Madrid board, overpowering president Florentino Perez‘s temptation to re-appoint Jose Mourinho.

Real Madrid are set to announce the appointment of Zinedine Zidane on Monday afternoon. The club has decided to part ways with current coach Santiago Solari after a meeting between the Real Madrid board of directors.

Zidane has always been the preferred choice for president Florentino Perez, as MARCA revealed last week.

After elimination from the Copa del Rey and the Champions League, as well as slipping too far behind in LaLiga Santander, Solari‘s time at the club is up and Spanish TV programme Jugones claims that Zidane will be named the new coach of Los Blancos at 6.00pm CET on Monday.

The conditions Zidane had before accepting a return to Real Madrid:
1) Total control over the team
2) Sell the players he does not want 3) Marcelo & Isco are not for sale
4) Neymar will not be bought
5) James doesn’t return
6) try to sign Mbappé
[marca fichajes] pic.twitter.com/bn6UjzFS5l