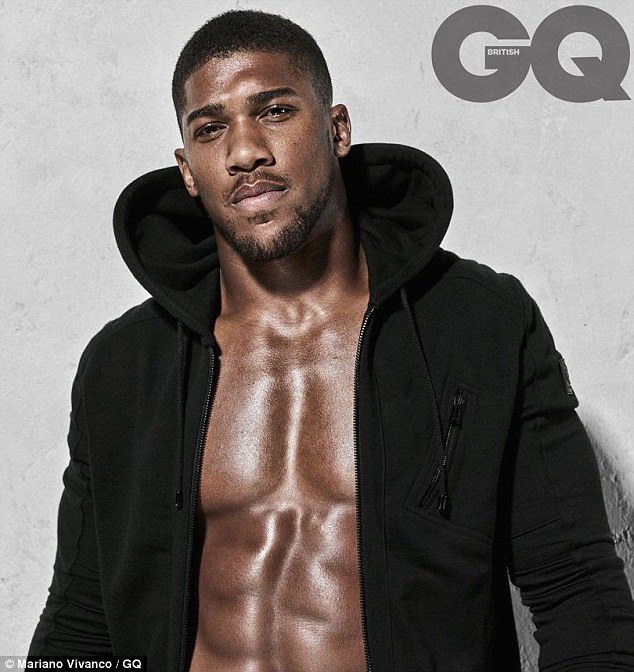 Following the success of Nigeria born British professional boxer Anthony Oluwafemi Olaseni Joshua recent fight with Cameroonian-France boxer Carlos Tekam over the weekend, many Nigerian has expressed their love for the heavyweight boxer.

5 Nigerian Female Celebrities Who are Crushing On Anthony Joshua

Here are the list of 5 Nigerian Female Celebrities Who are Crushing On Anthony Joshua below:

Big brother Naija 2017 housemate, Uriel Ngozi Oputa is another celeb on our list of Nigerian ladies that are crushing on heavyweight champion, Anthony Joshua.

In recent video posted on her Instagram page, Uriel professed her love to where she begged him to change her fashion ring to a proposal ring and she never seizes the opportunity to praise him.

Halima Abubakar made her feelings for the boxer known when she revealed that she has crushed on only three people in her life, her ex, Drake, and now, Anthony Joshua.

Toke Makinwa is the latest celebrity to open up on her crush as in anticipation for her birthday on the 3rd of November, she declared she wants Heavyweight Champion, Anthony Joshua as a gift for her birthday.

Latasha Ngwube, who is also the host of Linda Ikeji TV’s Hot Topics and Kemi Adetiba were once in a ‘battle’ over who would win the attention/love of heavyweight boxer, Anthony Joshua.

Kemi went on her Instagram page to ask Anthony to forget Latasha and come concentrate on her. Latasha replied on Kemi’s page and Kemi took the “fight” to Latasha’s page.