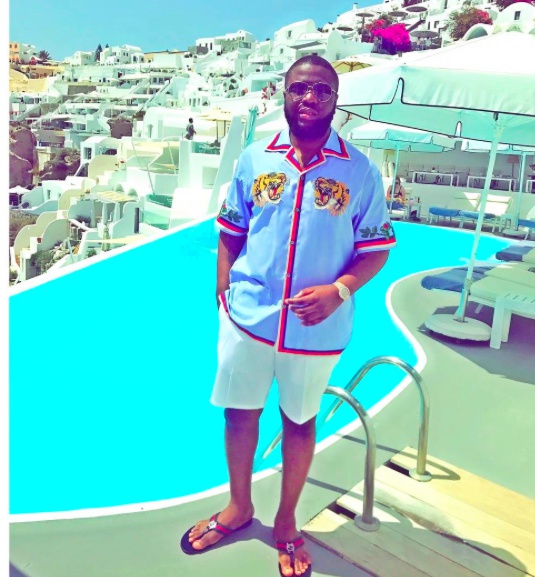 In the last few days, Malaysian based Nigerian flamboyant Gucci show-off master Hushpuppi has embroiled in fight with his friends Mompha and Classic Baggie for faking luxury lifestyle on social media.

As the fight continues to be latest trend topic on social media, where both Instagram stars exposed their various dirty secret on public domain, GYOnlineNG.COM has dig into investigation of revealing what you don’t know about Gucci master.

Ray Hushpuppi is best known for his luxurious lifestyle he lives both home and abroad which has severally prompted a vast inquiry into his source of income.

Here are 7 things you probably didn’t know about the flamboyant man.

1. Hushpuppi whose real name is Raymond Igbalodely was born on June 14.

2. The famous Malaysian-based philanthropist also referred to as Aja 4 and Aja Puppi once revealed that he used to be a heavy gambler.

3. It is difficult to accurately calculate the net worth of this man. But his usage of such expensive cars as Rolls Royce and Range Rover suggests that he is able to afford the best.

As a loyal Gucci customer, they gave him a cake on his birthday

4. Ray is a lover of Gucci’s clothes and shoes, and he can cartainly afford them.

5. He was once spotted at the Naomi Campbell‘s ‘Fashion for Relief’ charity event, hanging out with a number of big celebrities.

A man never has too many shoes

6. He has two children, a boy and a girl from two different women.

7.  He is one of the individuals that musician, 9ice, mentioned in his controversial hit song ‘Living Things’ which was widely believed as promoting internet fraud(sters) in Nigeria.

With his daughter on the 8th birthday