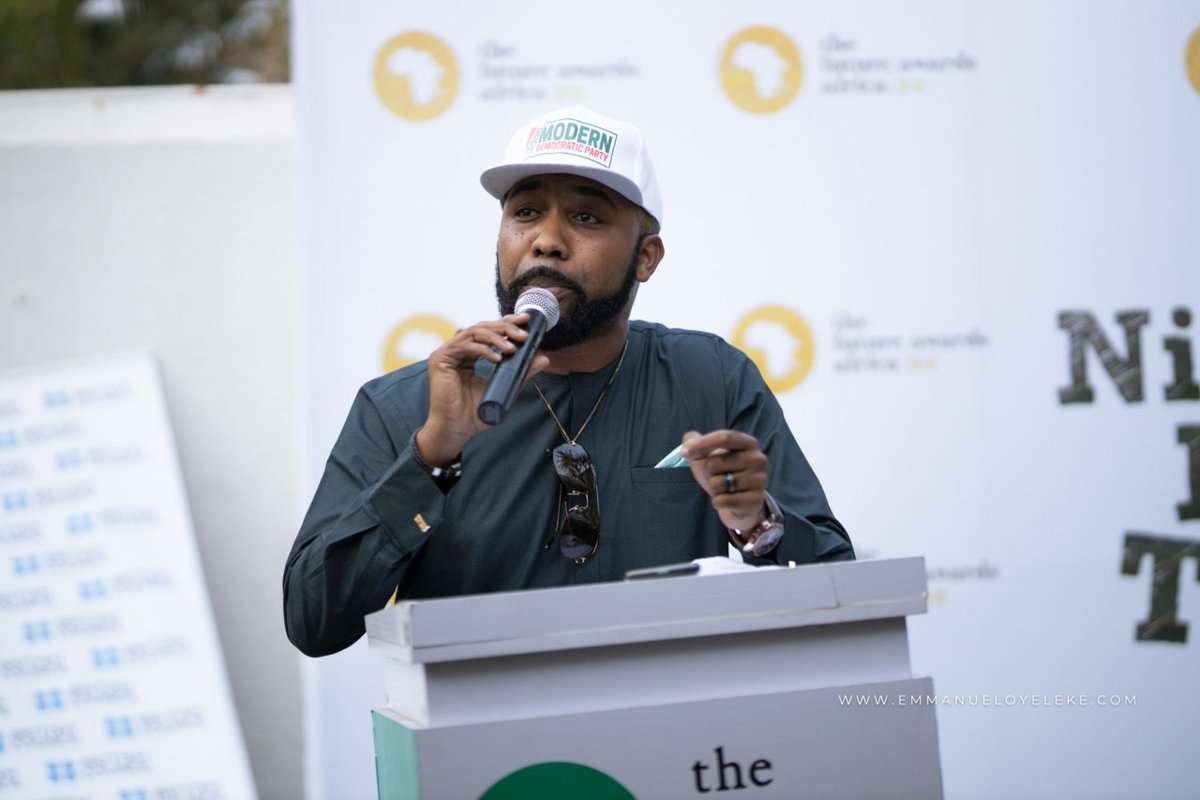 Nigeria Ace R&B singer, label executive turned season politician Bankole Wellington, known as Banky W has started a revolution of youths who have an interest in politics with the way he’s changing the narrative of youth engagement in politics, as election results trickle in positively for him so far.
The Empire Mate Entertainment boss Banky W is vying for the post of Federal House of Assembly in Eti Osa Local Government under the platform of Modern Democratic Party (MDP), and he’s contesting against formidable candidates such as Ibrahim Obanikoro, the candidate of the All Progressives Congress (APC), Tessy Owolabi, the candidate of the Social Democratic Party (SDP), Omotesho Tony Bakare, the candidate for the People’s Democratic Party (PDP) and Ferdinand Ladi Adimefe, the candidate of the Alliance for New Nigeria (ANN).
As at the time of writing this report, Banky W is currently leading ahead of other counterparts in the just concluded House of Representatives seat in the Eti-Osa Constituency of Lagos State. In a series of election results shared on social media shows that Banky W is leading Babajide Ibrahim Obanikoro of the All Progressives Congress, APC, who’s a formidable major candidate in the election contest.

More results coming in. Young people, you may not realize it yet but the revolution has BEGUN!!!!

Following the early leading of Banky W‘s at some polling unit, despite still waiting for the coalition results by INEC, but Nigerians has begun to hip praise on him.

Banky W did not insult anybody nor hated any tribe. He did not invest in fake news, neither did any of his supporters yet he is coasting home to victory.
If you don’t learn any lesson from this, you’ll never learn any lesson in your life.

Stay away from hate and bigotry

Whether or not Banky W wins this time, I think what he represents is very important. The fact that he’s been able to gain momentum & win some units shows that you can actually give the status quo a run for its money. Hope it raises the quality of people who consider running next

Banky W on course. I wish the other new parties had their candidates start from House of reps and Senate

Banky W could only have done so much in a voting zone with loads of educated people. #NigeriaDecides

We are all Hypocrites honestly.

Same people that called BANKY W names just weeks ago are now singing praises of him .

If you follow the tweets here ehn, you can’t do anything good with your life.

We all need to fix our BRAINS!! #NigeriaDecides2019

Truth is, most of the candidates on that ballot paper should ideally have started from the grassroots like Banky W did. But no, everybody has a desire to aspire and acquire, not knowing it would backfire.

Eti-Osa is very interesting to watch. Three solid young people I know are in that race – Jide, Ferdinand and Banky. Whoever wins it, Eti-Osa has got a solid voice in the National Assembly. It will also be a major victory for “Credible Youth in Politics”. #NigeriaDecides2019

Banky W’s win would really be a game changer for the youths who are actually interested in serving. Would be glad if he wins eventually.

Whether or not he wins, Banky W will serve as a good example for some of the endorsement pageant jokers who know they had no business running for President. #NigeriaDecides2019

Banky W is able to pull the traction as education of the electoral populace played a key factor.
Less vote buying and more policies driven campaign
Educate this nation so we can always choose who will put Nigeria 1st

My dear ehn, Banky W is winning his Election oh, those that mocked him are now celebrating. Of a Truth our mockers will become believers. https://t.co/e4pZVcmUc6

One thing that has helped Banky W here is because a very large percentage of voters in Eti-Osa are well informed. If he had started a year earlier, he would have wrapped this up by now.

This Banky W thing thrills me, but it also makes me…. a little afraid. So we can elevate the quality of our representation in areas where people are wealthier and more educated, less susceptible to vote buying. What about places where people are not?

I never underrated Banky W and I’m glad he’s being able to challenge the status quo. Win or lose, he came really close. Close enough to tell young Nigerians that participation in politics is possible, if you do the ground work, work your way up and believe in yourself. https://t.co/GRf81zs1Nx

What Goodluck Jonathan taught me about postponing elections in Nigeria by Chude Jideonwo
End of the Saraki Dynasty in Kwara Politics? How ” O to Ge ” Movement And Offa Robbery Caused A Revolt for Saraki In Kwara Politics
Advertisement