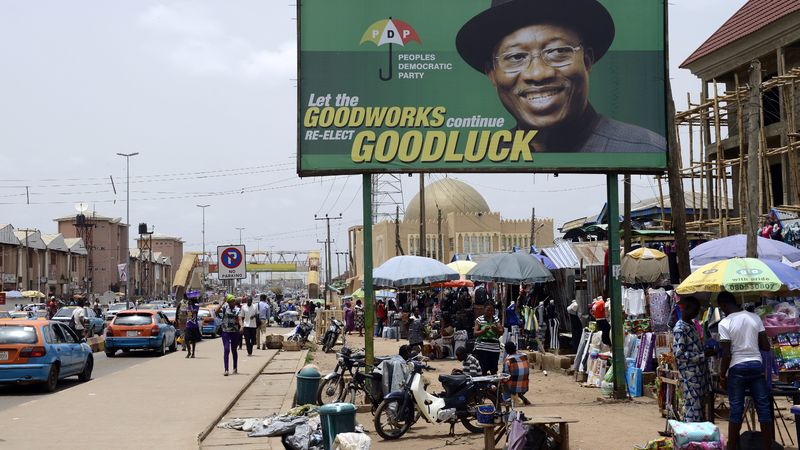 I was only 26 when I learnt one of the most important lessons about how power works in my country.

After a three month chase, we had finally secured an exclusive interview with the president of Nigeria, Goodluck Jonathan, on the eve of the 2011 elections. He had previously refused to speak so directly to any other media houses. But a combination of his intense desire to win the youth voter and the savvy of one of his special assistants, had conspired to deliver good fortune to our magazine, Y!.

With our photographer, and two other editors, we spent a beautiful weekend with the president in the famous Aso Rock villa, and I was awed both by the grandeur of the complex and by the access to the president. Only democracy could have done this, I thought. Only people power — the desire to get as many votes as possible in a competitive election — could have made this possible.

It was at lunch that the president delivered his lesson to me. We sat around a gold-plated dining table, the cutlery and bowls glittering against the background of genuflecting public officials. His aides — mostly, like Jonathan, from the Delta region — would fall over themselves to laugh at jokes that weren’t funny.

Just that morning — after local elections had already begun in some parts of the country — the Independent National Electoral Commission announced that the vote had to be suspended because of administrative failings.

The entire country erupted in accusations and suspicion. In the news that morning, the opposition party, civil society and the news media was absolutely certain about what was happening. The ruling party, they all insisted, was getting ready to rig the polls.

But across this dinner table, where the president was as calm as always, and where he felt at home amongst his kinsmen who had vouched for me and my team, another reality was unfolding.

“This thing doesn’t make any sense,” Jonathan said, his irritation evident. “How can an electoral commission wake up on the day of the election and say it cannot hold those elections? How are we sure they are not playing games?”

One of his lieutenants responded: “It is very possible…that this is a game from the opposition who are very close to people at INEC.”

The president paused: “We are investigating that. If we carry all of them now and lock them up, people will say we have done something wrong. This is simply unacceptable.”

Under the terms of the interview, I was embargoed at the time from reporting anything said at that dinner. But here I was, witnessing the strongest indication yet that the electoral commission chair was telling the truth about his team’s incompetence. And that President Jonathan was as irritated and surprised as the rest of us.

He went on to win that election. The 2015 vote was also postponed, but this time he lost.

Which brings us to 2019, and yet another postponed Nigerian election. The nation has erupted into a frenzy of finger-pointing and frustration, the same dance of disappointment and distrust. The air is thick with talk of plots and conspiracy theories, but my encounter with President Jonathan reminds me that sometimes the simplest explanations are the best — and maybe the electoral commission really is just unprepared.

That does not mean that citizens are not justified in their alarm and suspicion. This president has hardly endeared himself to the people that voted him into office, and his actions — and inactions — have imperilled our delicate democracy. If no one takes the electoral commission at face value, and no one trusts the word of the president, he has no one but himself to blame.

Still, we cannot allow the noise to overwhelm the signal as a nation. We have been here before. Whether this is a game or not, whether it is malice or stupidity, if we keep our gaze fixed, our hearts calm, and our hands firm, when the elections arrive next week, there will be no force on earth more powerful than citizens who are determined to protect our democracy, with all of our strength.

Chude Jideonwo is a co-founder of StateCraft Inc., a governance communication company that has worked on elections in Nigeria, Ghana, Kenya and Sierra Leone. He is also co-founder of Joy, Inc. He worked on the campaign of former presidential candidate Obiageli Ezekwisili.

Chude Jideonwo is a co-founder of StateCraft Inc., a governance communication company that has worked on elections in Nigeria, Ghana, Kenya and Sierra Leone. He is also co-founder of Joy, Inc. He worked on the campaign of former presidential candidate Obiageli Ezekwisili.