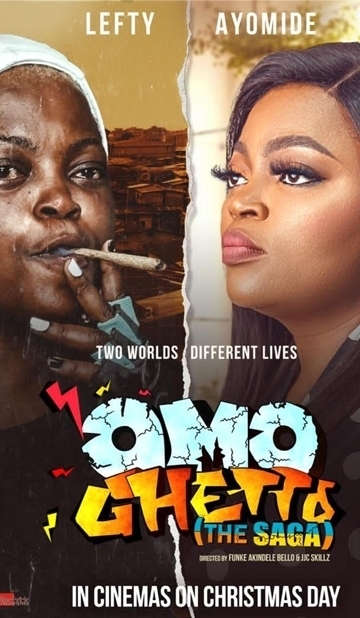 Just as already announced by the production company, Scene One Production, Omo Ghetto The Saga is finally available in all Nigeria’s cinema nationwide.

Omo Ghetto (The Saga) is a story about Lefty and her squad (Nikky, Chummy Choko and Busty) who grew up in the ghetto together and was always getting into one trouble or the other. As luck would have it, fortune smiled on Lefty and she was adopted alongside her twin sister, Ayomide, by the lovely Mrs Benson and moved to an upper-class neighborhood.

Irrespective of all the affluence and the new luxurious change in environment, Lefty still finds herself going back to the ghetto, falls in love in the ghetto and keeps getting in trouble. Eventually, she gets into one very big trouble with which she tries very hard to get out of. Will Lefty succeed?

It’s a movie by Funke Akindele and her husband, JJC.