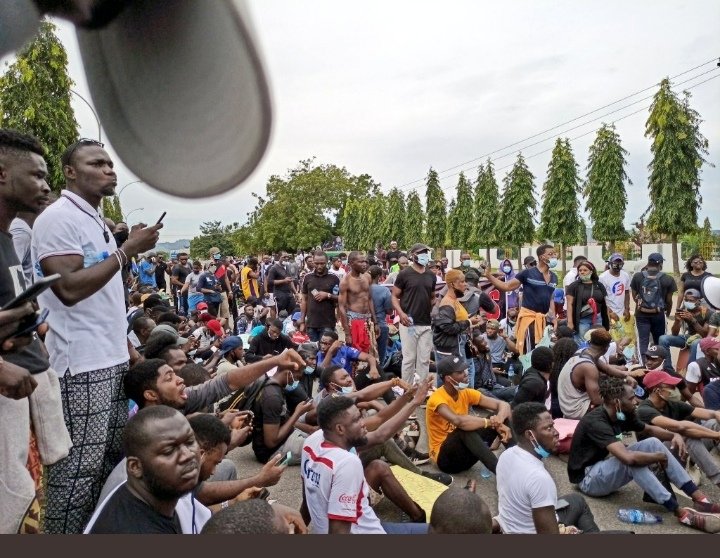 Over the past few days, Nigerian youths have taken over the street to protest the end of the police special anti-robbery squad, which has been blamed for decades of grievous rights abuses, corruption, and indiscriminate use of lethal force.

In a statement released by the IGP, the operatives of F-SARS will be redeployed to other police formations and commands.

The announcement of F-SARS disbandment by the IGP comes days of online and offline protests against the brutality and extra-judicial killings by SARS operatives nationwide.

At the briefing, the IGP said, “The Federal Special Anti-Robbery Squad of the Nigeria Police Force otherwise known as SARS is hereby dissolved in all the 36 State Police Commands and the Federal Capital Territory.”

The statement titled, ‘IGP Dissolves The Special Anti-Robbery Squad (SARS)’, partly read, “The IGP, while noting that the dissolution of SARS is in response to the yearnings of the Nigerian people, observes that by this dissolution, all officers and men of the now-defunct Special Anti-robbery Squad are being redeployed with immediate effect.

“The IGP notes that the Force is not oblivious of the ever-present need to combat armed robbery, kidnapping and other violent crimes in the country which was before now the core mandate of the erstwhile Squad.”