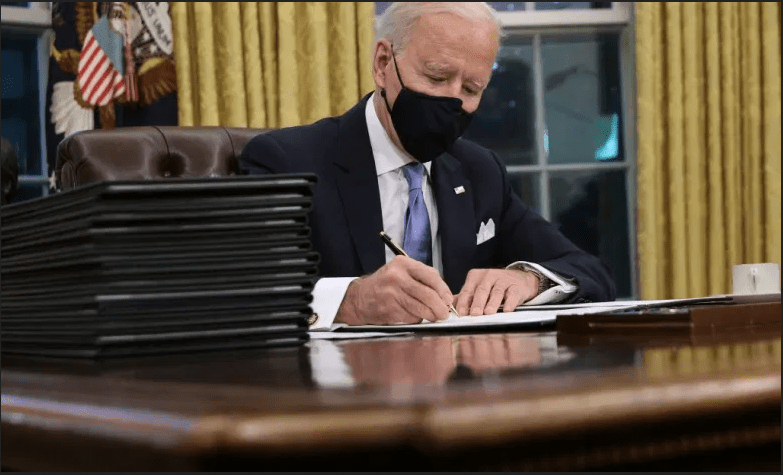 The President of the United State of American, Joe Biden signed an executive order to cancels the immigrant visa ban placed on Nigerians by his predecessor, Donald Trump.

Then acting Secretary of the Department of Homeland Security, Chad Wolf, had said the travel restrictions were to “address security concerns in the way the banned countries track their own citizens, share information with the U.S. and cooperate on immigration matters”.

The American Ambassador to Nigeria, Mary-Beth Leonard, also stated that Nigeria must improve on its data intelligence to ease the investigation of its citizens wishing to migrate to the US if it wants the ban lifted.

The Nigerian government subsequently set up a committee on Citizen Data Management and Harmonisation to address the complaints of the US.

But hours after assuming office as president, Biden issued an executive order that reversed the ban.

The 46th US president said, “immigrants have helped strengthen America’s families, communities, businesses, and workforce, and economy, infusing the United States with creativity, energy, and ingenuity”.