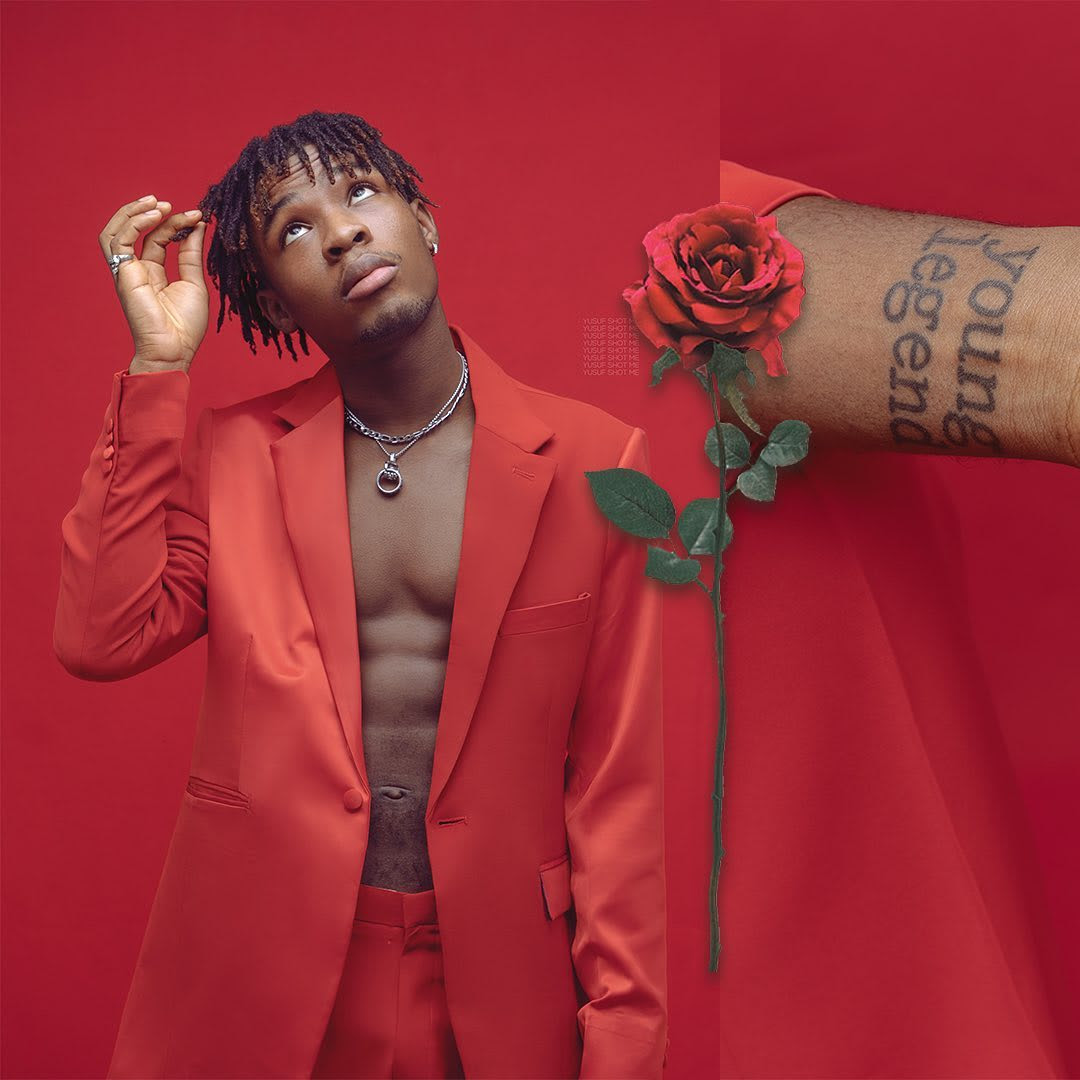 In the said interview, the ” Baby “ & ” Beginning “ crooner recounts the scenario that led to his business relationship with Mr Eazi through the success of his 2016 viral cover of Ed Sheeran‘s ” Shape of You “ hit song.

Sometimes early last year, Joeboy was announced has a signed artist under the Mr Eazi‘s music incubator platform Empawa Africa, and ever since then, he has risen from an underground star to one of the African global superstars.

Here’s an excerpt from the interview Joeboy had with Joey Akan, where he speaks on how he met Mr Eazi through him stopping by on his Instagram DM.

Get a regular life.

I swear. That was the plan I had at the back of my mind. Music was just like a hobby. At some point, I didn’t even feel like I could actually blow. I used to look at blown artists like these ones are gods on their own level. The first time my friend was trying to record a song, he was like ‘yo, come with me now, let’s go and record this song.’ I went to the studio with him. I was just freestyling.

I was just playing inside the studio and the sound engineer said ‘yo, you should record on this song.’ That was the first song I actually ever recorded. It was a feature. People liked it. People in the area liked it and someone paid for my first official single. Like the first song that I recorded that it was just me.

I was singing in the bathroom and my brother’s friend was like yo, this song is actually nice, you should put it out. I was like, ‘I don’t have the money to record it.’ And he said, okay I’d pay. And that was it. After I recorded it, someone else put the song online for free. At that point, putting songs online was like 20k. I was using Nokia torchlight so I didn’t have shit.

Somebody paid for that too and that was how the journey actually started. But the major breakthrough, like what made me actually realise that this is serious, was when I made a cover of Ed Sheeran’s ‘Shape of You’. I put it on Instagram and it kind of went viral even before Eazi saw it. When Eazi saw it, he was like this was mad. Sent his number, we started talking. He introduced me to E-kelly. We started making proper songs.

How did you feel receiving a call from Eazi?

It was actually a message on Instagram. One of my friends called me and said ‘yo Eazi just commented on your video.’ I was like ‘guy no dey whine me.’ Because we play pranks a lot. And he said I should go and check Instagram. I saw his comment, and as I was thinking that what is going on, I just saw a message from Eazi that what’s up?  Next thing is his number.

I even remember. I was asking Oxygen Mix what will I say to him now that he’s commented on that video? I didn’t know what to say. So while we were thinking about what to say, he just sent a message like ‘yo, holla, and dropped his personal number.’ I hit him up on Whatsapp, he told me ‘guy you’re good.’ We should work together. Before we started talking about anything, he introduced me to E-kelly. Then I started visiting E-kelly to record songs.

Before you guys even did anything, he just took you to E-kelly?

Yes. You know Eazi used to tour a lot. So he wasn’t even in Lagos. I didn’t meet Eazi until a year after we started talking on Whatsapp.

Yeah. I didn’t meet him in person.

But you guys had started working?

We had started working. He introduced me to E-kelly, Sarz and everyone. He was just introducing me to people in the industry. It was a year after that he came to Lagos around December 2017. So I started rolling with him, met people. I met Wizkid at that point.

And my friend used to ask me ‘what was the sign I’d see that I’d know that I’m going to blow.’ I told him the day I shake Wizkid, nobody can tell me anything. I’m going to blow. And when Eazi introduced me to Wizkid, Wizkid stretched forth his hand and shook me. And I’m like ‘e don happen.’ So at that point, every form of doubt just disappeared. That was why those comments never got to me.

I was like Wizkid shook me, guy get out (laughs). Because I was a big fan – I’m still a big fan of Wiz. So he’s one the people that actually inspires young artists to make a shot. Because before Wiz, every other blown person was like the late 20s. Wiz was like the fresh youngest artist blown in Nigeria. He’s like a legend to us sha.

When you met Eazi, did you hug him or something?

I was actually speechless. I could not say anything. He asked ‘what’s up now’ and I was just looking. He asked me so what’s the plan? In my head I didn’t even have any plan. You just said I should come and see you. You know I had to wait like 11 hours to see him.

He was at Eko Hotel and I didnt have transport fare to go back home. I can remember. He said ‘meet me at Eko at 3pm.’ I Showed up at Eko Hotel by 3pm on the dot. I called him, his number did not go through again till 9 o’clock. There was a show that day, so I was sitting down in the lobby. I could not even go anywhere. I didn’t even have money to go back home. Where I wan go? (laughs).

And I was staying at Akoka then and had no cash. I was just sitting down there like he sha has a show here. When I see him coming in, I will jump and meet him so he’d just know that it’s me, Joeboy. That guy you talk to on Instagram. I had to wait so long, he later messaged me at night that he forgot and something like that. You know artists are usually very busy with a lot of things. So we sha spoke that night. That was the night I also met Burna Boy for the first time. We spoke that night, so he was like okay, we should link up later during the week at his house.

You can read the full interview here.

One Year Down The Line… Is Oyo State New Found Paradise Just A Wishlist? Here’s What Citizens Of The State Are Saying About Gov Seyi Makinde’s One Year In Office
How I Frustrated D’banj Attempt to Sign Davido, Olamide & May D to His DB Records Because Of This… Says Special Spesh
Advertisement