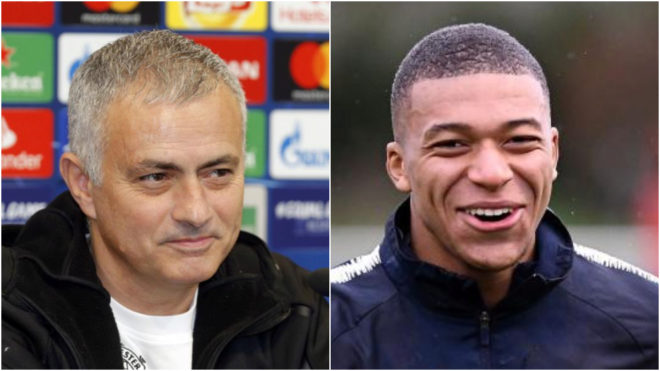 Former Manchester United & Chelsea FC coach Jose Mourinho has labeled Paris Saint-German talisman Kylian Mbappe as the player with the highest value in the football market at the moment, even more, valuable than Cristiano Ronaldo and Lionel Messi.

The Portuguese tactician has highlighted that the Paris Saint-Germain forward’s age is the Frenchman’s main asset compared to superstars such as Cristiano Ronaldo and Lionel Messi, and he even further says that he commands even a higher fee than the game’s current most expensive player, his PSG team-mate Neymar.

“For a player like Mbappe, when you speak about the future, you don’t need to say what he’s going to be like in five years’ time, in 10 years’ time,” Mourinho told beIN Sports.

Kylian Mbappe Is More Valuable than Messi and Ronaldo Says Jose Mourinho, But On What Assessment Is That, Find Out Here

“I think going by his age and [and considering] the age of Cristiano, of Messi, [both] over 30, Neymar is 27… when you go to the market level and age is also a factor, I think he’s the most valuable player in the world.

“In a hypothetical transfer, he’s the most expensive player in football now.

“In terms of his qualities, [he is] unbelievable. One word is enough. It means everything.”

Mourinho Describes Cristiano Ronaldo Using Two Words, But What Are Those Words?
Chris Smalling Says Invincible Messi Has A Weakness That I Know
Advertisement