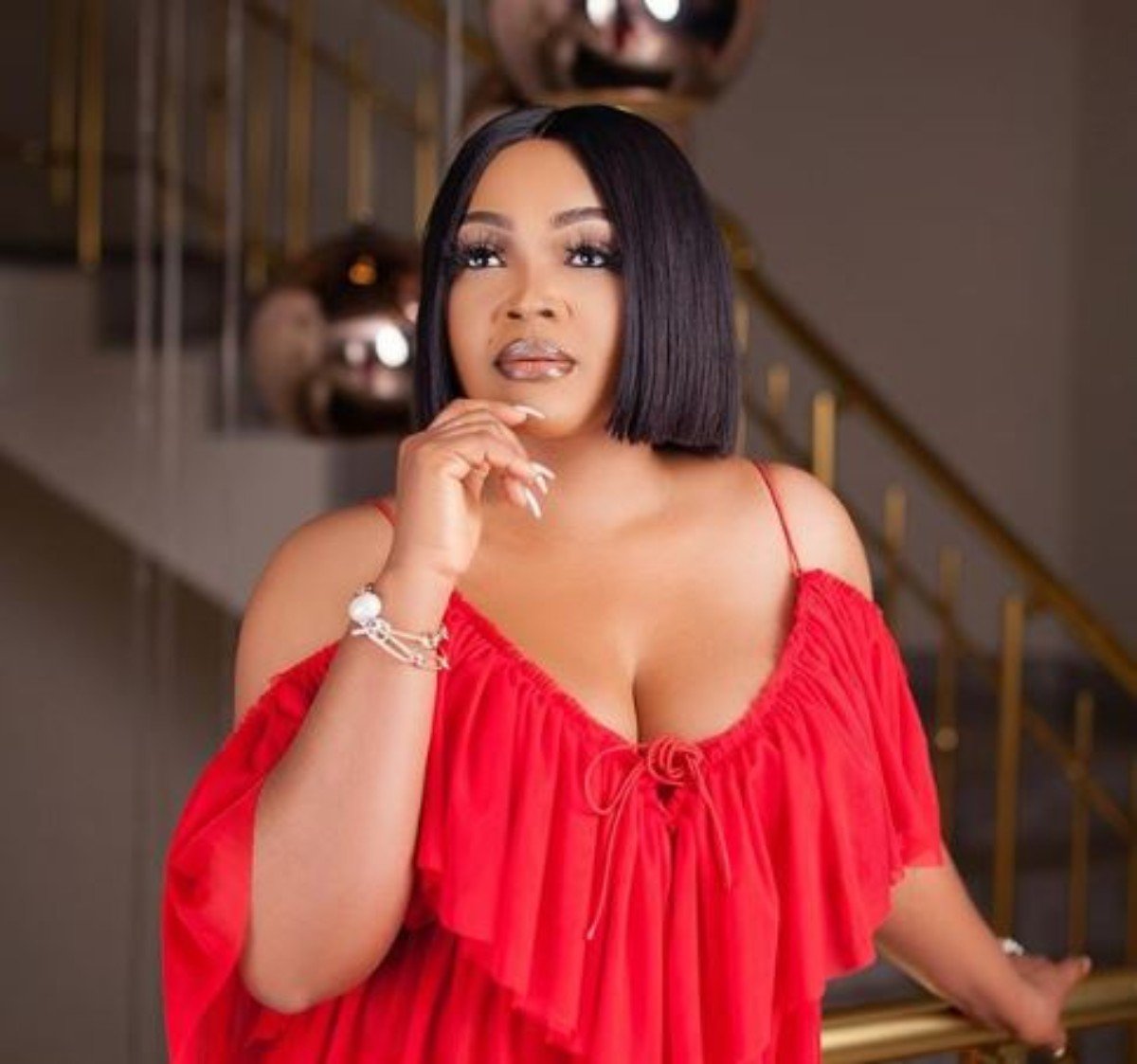 In the spirit of Valentine’s day yesterday, Nollywood actress Mercy Aigbe, had a tongue-wagging comment on her YouTube Channel, as she was seen advising young ladies who’re into side chic relationship with married men to use the opportunity to cash out from their relationship with a married man.

In the controversial video Mercy Aigbe, posted online, and which was monitored by GYOnlineNG.COM, reportedly had Mercy saying this message below:
”If you are a side chic to a married man, Girl, you are better to be cashing out. Secure the bag, get that dough, get that money because that man isn’t yours. Sis, he isn’t yours. He belongs to another woman so please it had better be worth it. Don’t go and collect chocolate and flowers as gifts from a married man oh.. If you do, your head needs to be examined. If you are dating a married man, chop his money, collect his money because that man is already married. So stupid girls will be dating a married man will be doing love…sis he is not yours. He belongs to another woman so use your brain”
However, the advice did not go down well in the minds of her fans, as they expressed their disappointment at the single mother of two who has previously had two crashed marriages in the past, and also linked with different governors.

Some fans even went as far as heaping curses on her head and her teenage daughter who is presently studying in Canada.

One Nnenna Aldo wrote ‘Now we know why your marriage didn’t work. May side chicks cash out from your daughter’s husband when she marries too”

One Maggi wrote ” This is so sad. It’s enough that people have normalize dating married folks. It’s even worse that a ROLE MODEL would propagate such ”

A Vivian wrote ” So is married men money you use to build house abi? After you pple will come out and be doing inspirational speakers oshi.
I would Be disappointed if this was my mother. Act your age Aunty. What sort of advice is this? I lowkey really want to know how these celebrities kids feel when their parents do their show of shame on the internet.

What Is A Perfect Valentine Gift Without An Engagement Ring? As Nigerian Blogger & Founder of AsoEbiBella, Ink Eze Got Engaged 💍
Mercy Aigbe Defends Herself On Young Girl Dating Married Men Comment ” I Will Never Encourage Young Girls to be Side Chicks to Married Men ”
Advertisement