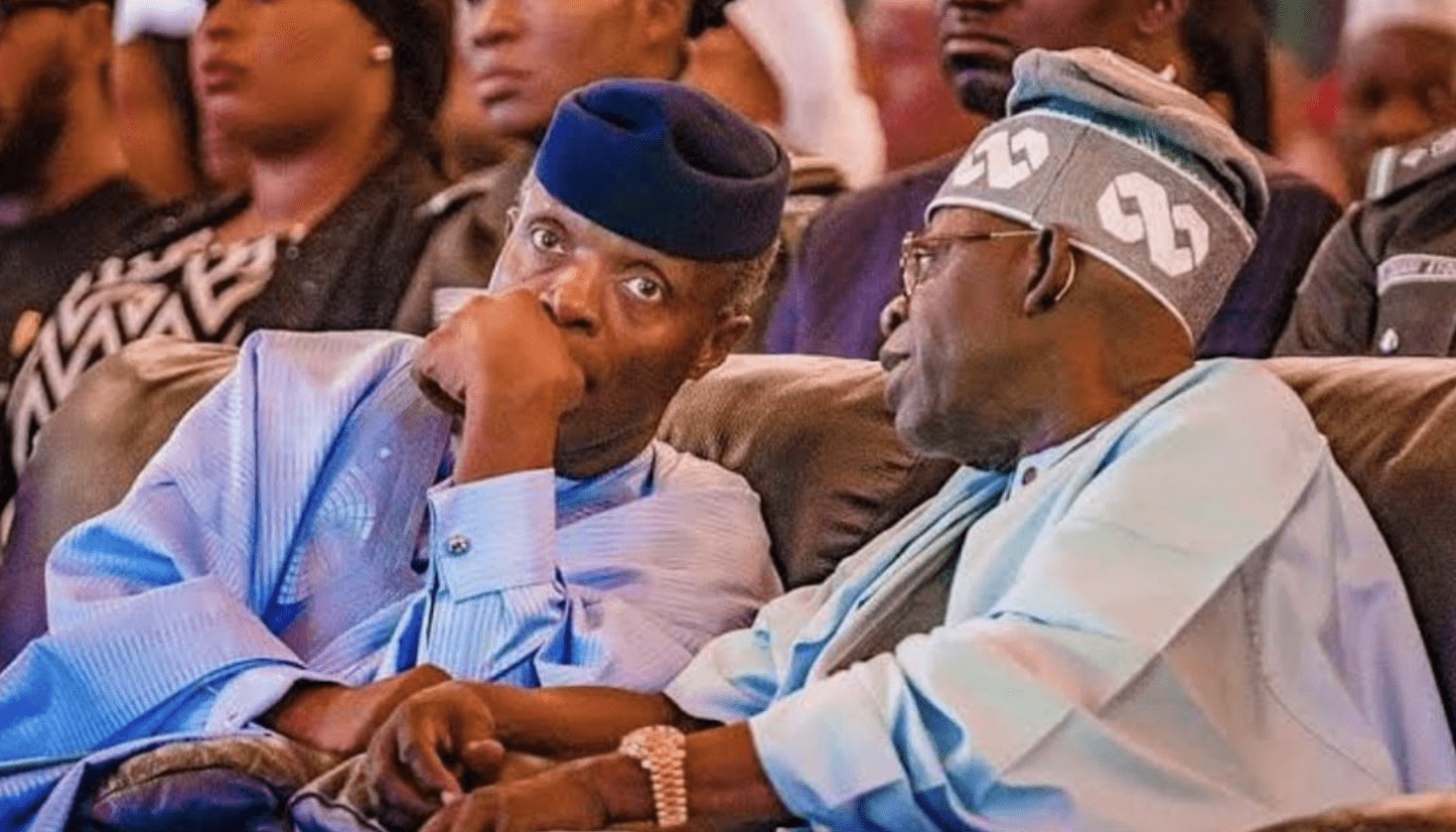 Osinbajo And Tinubu: I Don’t Owe Anybody Allegiance

Nigeria’s Vice-President and one of the presidential aspirants under the platform of the All Progressive Congress (APC), Yemi Osinbajo, has reportedly said that he owes nobody any allegiance.

The Vice-President of Nigeria Osinbajo said that he owes no single allegiance, other than the oath of office and the allegiance he swore to Nigerians when he took office in 2015,

He made this claim in Ogun State while speaking with the state delegates on his mission to become Nigeria’s president in the forthcoming 2023 general election.

Osinbajo and Tinubu: VP Osinbajo Speaks On the View That He Betrayed Tinubu ” I Don’t Owe Anybody Allegiance ”

Osinbajo said: “After all, I have learnt, if called upon to serve the nation, should I say No? I have decided that I will run for office.

“I have sworn an oath to the Federal Republic of Nigeria. It is an oath to our people, our children, and the future of Nigeria. I owe nobody else any allegiance outside the oath.”

Osinbajo made the announcement amid accusations that he betrayed his alleged godfather and former principal, Bola Tinubu, by declaring for the presidency while the former Lagos State governor is also running.

Continue Reading
Advertisement
You may also like...
Related Topics:Osinbajo, Tinubu

Liam Neeson Plays An Assassin With Alzheimer In, Memory: Memory Movie 2022 Download
Work in Canada: How to Get a Job in Canada and What You’ll Need
Advertisement