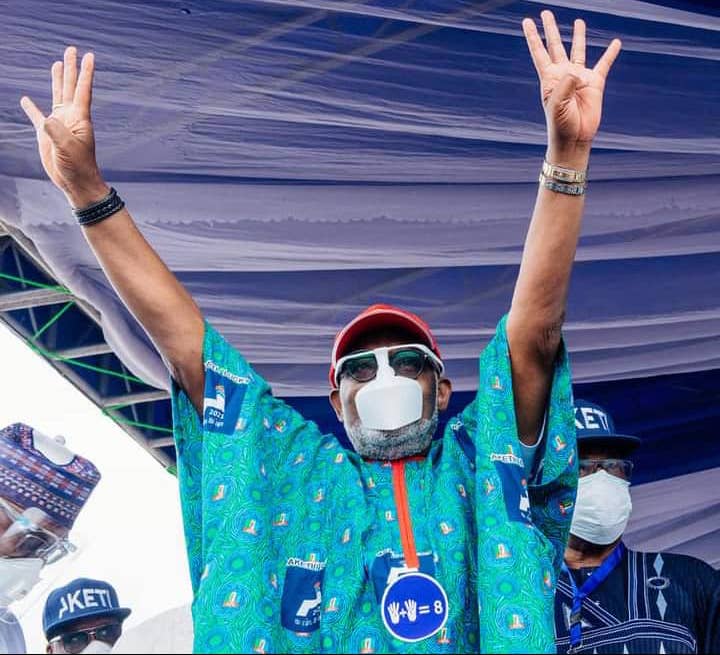 The APC candidate in the state, Rotimi Akeredolu wins the Saturday election with 292,830 votes, ahead of his closest rival, Eyitayo Jegede, the candidate of the Peoples Democratic Party (PDP), who scored 195,791 votes.

However, the candidate of the Zenith Labour Party & deputy governor int he state, Mr. Agboola Ajayi, came third with 69,127 votes.

The results were announced at the conclusion of counting on Sunday afternoon.

Gov. @RotimiAkeredolu has emerged the winner of the 2020 Ondo Gubernatorial elections.

He was announced winner ahead of the PDP candidate, Eyitayo Jegede.

Well deserved victory. The people of Ondo are blessed to have you for the next four years. Carry on with your good work.