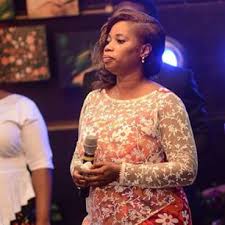 As l drove round town trying to catch up another appointment from an extreme end of town, l drove past a billboard that caught my attention and after a few contemplations, l had to do a 180 degrees turn so I could feast more on the content of the billboard.

I can’t believe she has spent 25 years in the game already! Yetunde Are…The gospel music diva celebrates 25 years on stage and my pulse is now increased.
Gospel music is the bedrock on which society grows especially when we don’t fail to admit that we are a religiously cultured people.

The tambourine, percussion and soulful chants sufficiently feeds our souls until we branch out into our innate persona which is invariably rooted in the music called gospel.

“l remember when it all started 25 years ago, 1995 was the year and l am so very humbled to have come this far,especially having the impact, significance and relevance that the Yetunde Are brand now possess ” 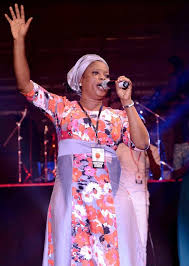 GYOnlineNG Artist SpotLight: Yetunde Are! 25 Years In The Game And Still Relevant

Getting the gospel diva to sit down for a chat was an accullen task, an incredibly tough one considering the work that goes into hosting such magnitude of a concert. But as we spoke over the phone prior our appointment for a proper interview which now has been postponed severally, l could sense the pressure in the urgency of her voice…..

“That day will be filled with memories of the ups and downs that birth this present reality that was bleak many years ago because I had uncertainties but I was also full of hopes”.

From my end of the phone, I could tell that her eyes was already filled with tears as she struggled to speak through those words yet I would not relent as I tried to get more information from her.

Yetunde Are an offspring of gospel music legendary Mama Bola Are has carved a niche for herself with her own unique sound and she is fired up and refreshed more than ever to further expand the boundaries of gospel music.

In the heat of the pressure we still found time to unwind as we joked and laughed over the phone.

I auditioned for the role of her backup singer as I sang from my heart over the phone but with my very frog like voice, she laughed,she could not handle the heat as she almost got slained in the spirit.

She inevitably had to run now as we exchanged goodbyes and the phone went blank……call it a “John the Baptist” like preparatory call, it was indeed an honour speaking to the diva on phone as I hope to eventually chat with her in person.

Continue Reading
Advertisement
You may also like...
Related Topics:Gospel Music, Mama Bola Are, Yetunde Are