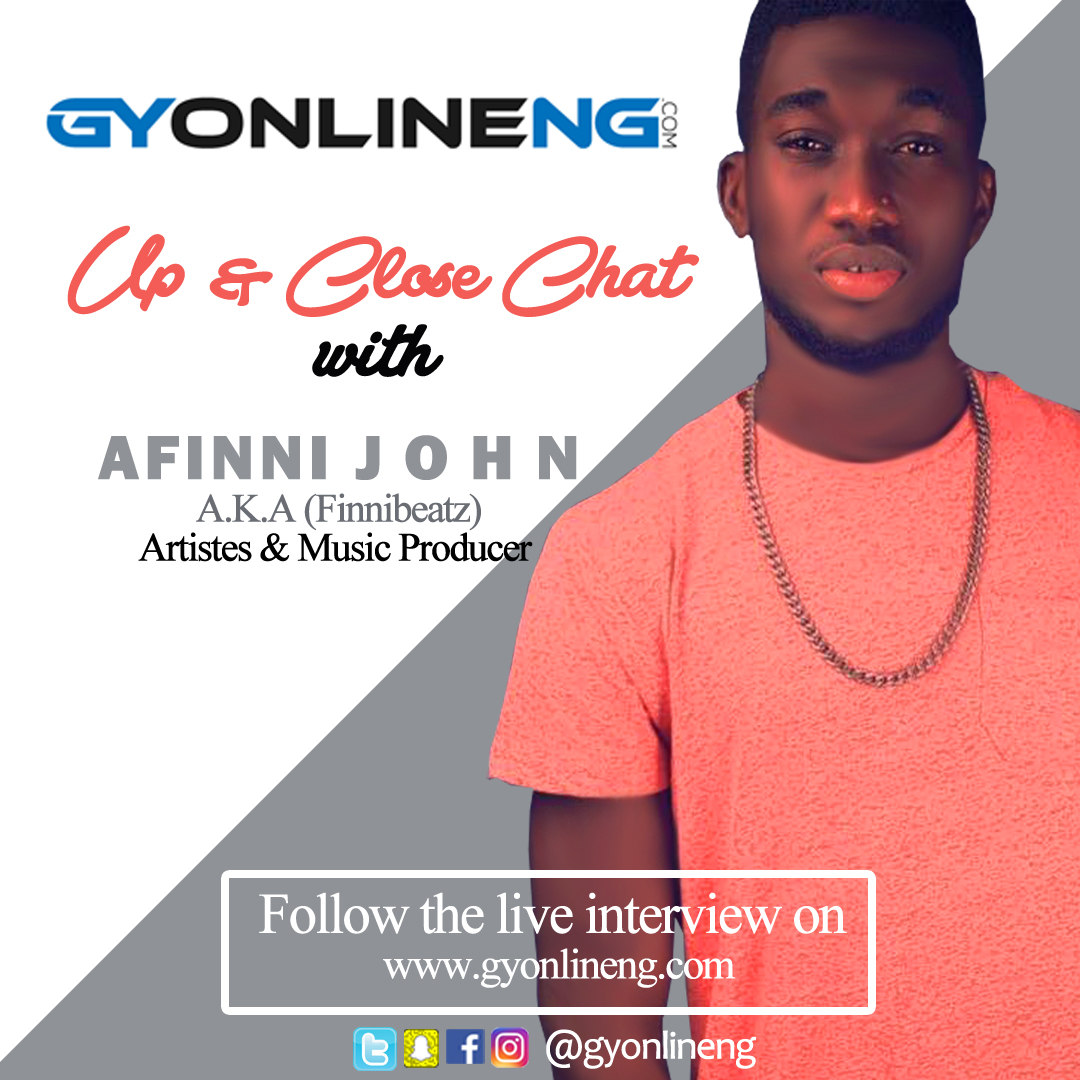 In the late 2014, he gained an entrance into Nigeria music scene with his well delivered hit single titled ” Sugar Mama “ which features rising star Dare Prodigy.

He follows up the success of his first track with another club banger ” Do Me” and later comes with another lovely love song titled ” Endless Love “, which features sensational rap star Krystar, which also received several positive review among music pundits and also top chart on various radio stations playlist.

In the early 2016, the budding music star released the official video for his fourth single titled ” Ginja “ which was produced by ace cinematographer Mofti Pro. As I followed closely to the growth of Finni Beatz in recent years, I decided to have a chat with him, where he talks about his style of music, his future goals, analyzing his career growth so far, the beef in Ibadan music scene and many others.

You can enjoy the interview I had with Finni Beatz below:

Well, I make music because of the happiness I derive from it and to also make people happy. I believe music is the one of the key things that gives happiness in life. Most times when people are down and there is no one to talk to, music is usually the key thing most people maximize.Basically, I do it because of the love I have for it and the urge to make people to be happy.

I have no musical background. I ventured into music due to the love I have for music and I really thank God it’s going on well.

For now am doing, Afro-Pop.

I love good music, I have no precise genre.

I get inspired when in the company of my friends. A no of times, I have been inspired by the slangs they say to me or other things they say.

Wizkid, he’s works are really wonderful. I pick D’Banj too, I credit that to the fact that he is a musician as well as a business man.

Well, I’ve learnt a lot from Davido, Tekno and Wizkid. When Davido started, people frequently yabbed him that he couldn’t sing and he couldn’t handle things. Right now, Davido can sing fire, he can sing anything and that shows that he is really working hard on himself and also he is making money.

In Wizkid’s case, I’ve learnt a lot from him. He took his music from Nigeria to other parts of Africa and to the world to listen to and for them to also know about our culture in Nigeria.

No, I have never participated in any musical competition.

I just want to get to the top of my career, make good money, make impact and to crown it all, be the voice of the youth.

My embarrassing moment was when some ladies made jest of me because of the way I danced at a club. My favorite food is salad and fried rice with chicken. I can’t eat that times without number and lastly am obsessed with good things.

I have no rival; I am in competition with no one. I just do my thing.

People in Ibadan should bring an end to beef;  artists should rally round one another whenever a show or any other program is to be staged. I was at Eko Hotel some years back on the first of January, planning to go for a countdown after the happy New Year shout and all. The hall that we were was also meant for Ali Baba’s Show which slated 4pm that day. I couldn’t believe what I saw, virtually all the comedians were already there by 1am, waiting for the show to start. They were planning with Ali Baba. I rarely see that in Ibadan. Artists should work harder than the usually, the fact that 1 or 2 radio stations jam your music does not mean you are at the top already.

I am also an upcoming art. Keep taking the risk and keep your head up. Forget public opinion, do your thing and follow your heart.